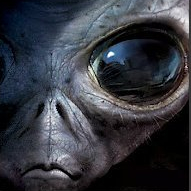 The following is a message from X3lph The Grey Prince, translated from Pleiaden dialect using a snorfdrum.

ATTENTION PEOPLES OF WHAT YOU CALL EARTH:

Peoples of what you call Earth, this must serve to notify you that we have deposited the one you call ‘Rhodester’ upon your soil once again after the fifth or perhaps seventh round of testing and extraction and more testing, followed by one more extraction and then a final test.

We say fifth or seventh due in part to the alternate numerical system we use which is based on the DNA of pleiaden water bats, but also we lost count on a previous attempt when Rhodester briefly regained consciousness and started telling stories.

This message of notification is in response to the outcry voiced by many Earth peoples when it was discovered that Rhodester was not among you, which was one or two of your Earth calendar ‘months’ ago, but we lost count because, once again, he regained consciousness.

We have since discovered that he has a strong resilience when it comes to the blood of the Moof worm, but we have since rectified the problem by assuring he stays under with the simple act of whacking him on the head with a mallet covered with glubian yak hair whenever his eyes start to flutter open. No more stories, yay!

It was said during the previously mentioned outcry that we should have provided notice of another invitation of Rhodester (you say “abduction,” we say “invitation”.. potato, po-tah-toh) but first of all, that stipulation is not in the original Eisenhower contract with your peoples, which your President Dwight signed in his own blood (a requirement of ours).

Second, why should we notify you of anything, when in the blink of his huge center eye, our High Commander Xer8lts could annihilate the populace of your lovely little planet?

Just so you know, and not to alarm you or anything, there has been much more urgent insistence from the high counsel that he do so as of late, given the frequency of unfortunate occurrences that seem to indicate you as a people are hell-bent on the destruction of your pretty blue home.

Of course, we could easily rectify things, but it’s against our constitution of minimal interference so we just let your leaders bicker on and point fingers (as short as they are, which we find laughable) while we sit here in our twirling little ships, watching with apt amazement.

But I digress, for which I offer the apology. I just get emotional when I think of one day treading upon your fair planet after the transportation of the remnants of the human race to the internment camp on our fourth moon during the last month of 2020, and having to sludge along through black goo while inhaling the stench emanating from the carcasses of dead and rotting animals.

Granted, we would like to inherit a pristine planet someday, but it appears not to be, due to our own misguided benevolence toward you “ten percenters” (a reference to the amount of brain you use, which we also find laughable).

This began as simply a notification of the return of Rhodester, and it shall finish as such, with a thank you thrown in out of benevolence and goodwill.

We are glad you let us “borrow” him (potato, etc.) for we are now that much closer to developing a serum that will enable us to communicate telepathically with our domesticated house pets, thanks to the unique DNA structure of Rhodester’s brain, which is quite similar to what you would call a ‘dog,’ but our ‘dogs’ have no legs; they fly using resonant magnetic manipulation of the…

I’ve said too much already. I need to stop.

We feel that he should be back to blogging in fine form very soon, once the glubian headache wears off.

Forever yours, or more honestly, the other way around after 2020,

Click one of these things, or two or three...

One thought on “A Message From X3lph The Grey Prince”

This site uses Akismet to reduce spam. Learn how your comment data is processed.

Be sure and SUBSCRIBE, so the CIA can properly track you. We’re just kidding, we mean the FBI.

The Vault of Written Things

“There is no greater agony than bearing an untold story inside you.”

Written content on this site copyright 2019 by DW Rhodes